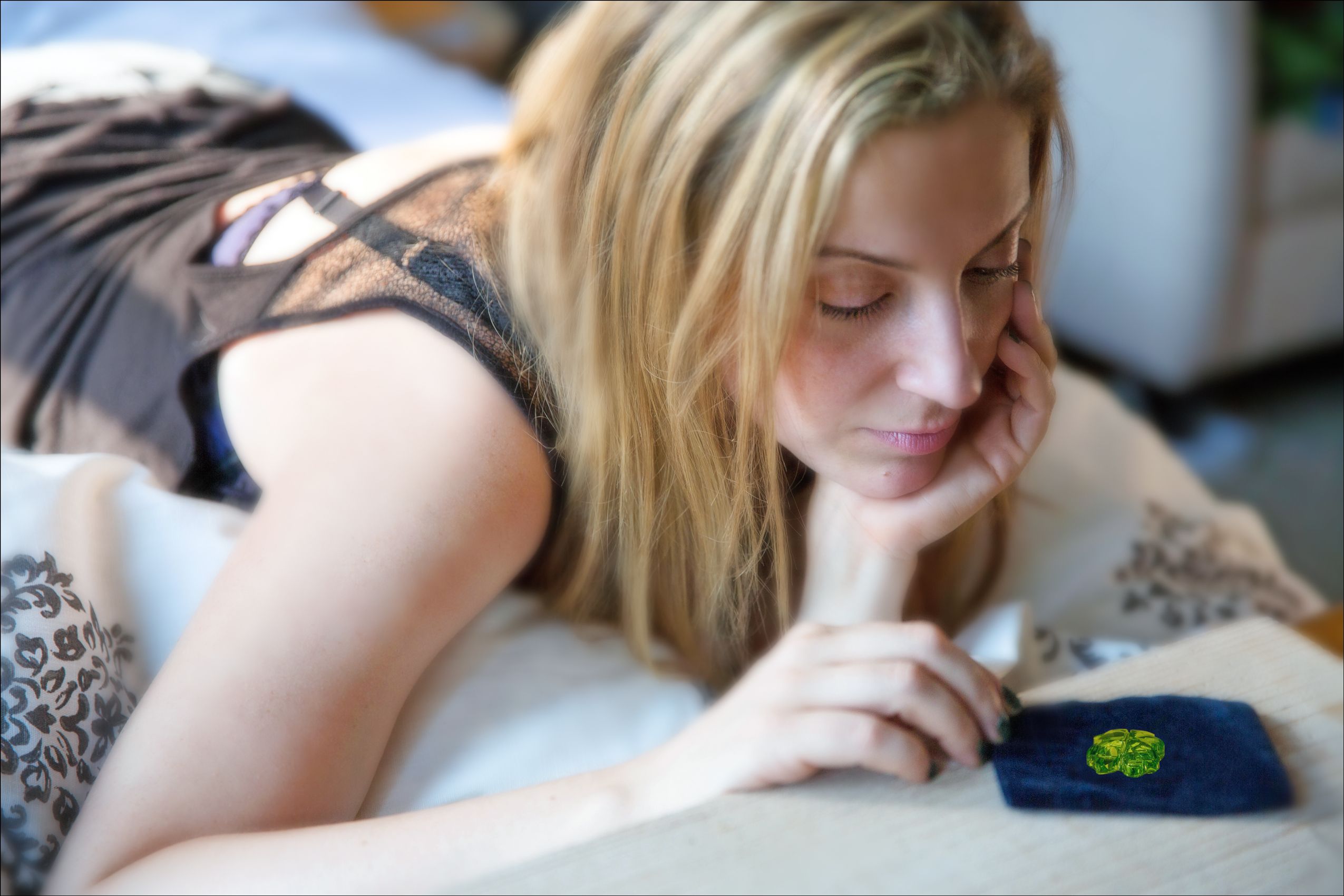 The object was given to me as a gift by a supposed admirer while I was performing the role of Elphaba on Broadway in Wicked. It arrived encased in a black velvet pouch and had a letter with it. The thing about doing an iconic show like "Wicked" is that fans and supporters would often send cast members all kinds of letters, gifts and totems. Yet this particular object was one that somehow touched me and got into my psyche.

There was a gentleman that I had met "virtually" via twitter who was not an admirer of Wicked persay but apparently an admirer of me. At first I found this disconcerting and a bit odd. But through a mutual friend who knew him I agreed to meet up for a group drink while he was in town in NYC. I found him very interesting and we wound up having a wonderful conversation that evening.

About a week after he returned to California I received a crystal shamrock in a velvet pouch at the stagedoor with a handwritten letter explaining that he never felt this way about a woman before and that he felt he needed to give me something of great value. He said that he was once given this crystal shamrock and that it held all of his LUCK and that he had been a lucky person since he was given the shamrock. He then told me that he wanted to give me the shamrock because he wanted to give me the one thing he treasured: LUCK. He also said if I told anyone about the shamrock that the object would no longer have any power.

I sensed that he was probably not being honest and later on I discovered that he was writing these types of letters and giving many women his "luck" yet somehow I still wanted to hold onto this object.

I have since kept if with me and worn it on my person at every opening I've ever done. I don't even speak to him at all anymore yet the object means so much and it has nothing to do with him or the brief memory of him in any way.

So when I touch the shamrock or look at it I CHOOSE luck. I CHOOSE the lucky path in some way.

And now that I tell of its "power" will I lose the luck as I had been warned? I am not sure that I ever believed that part of his tale since I suspected this was part of his Casanova act. But perhaps I will be mistaken and my luck will runneth out! I'm taking the gamble!

Oh! And for the record....that cad who gave me the shamrock because he fancied me? He never got "lucky" with me. ;-)