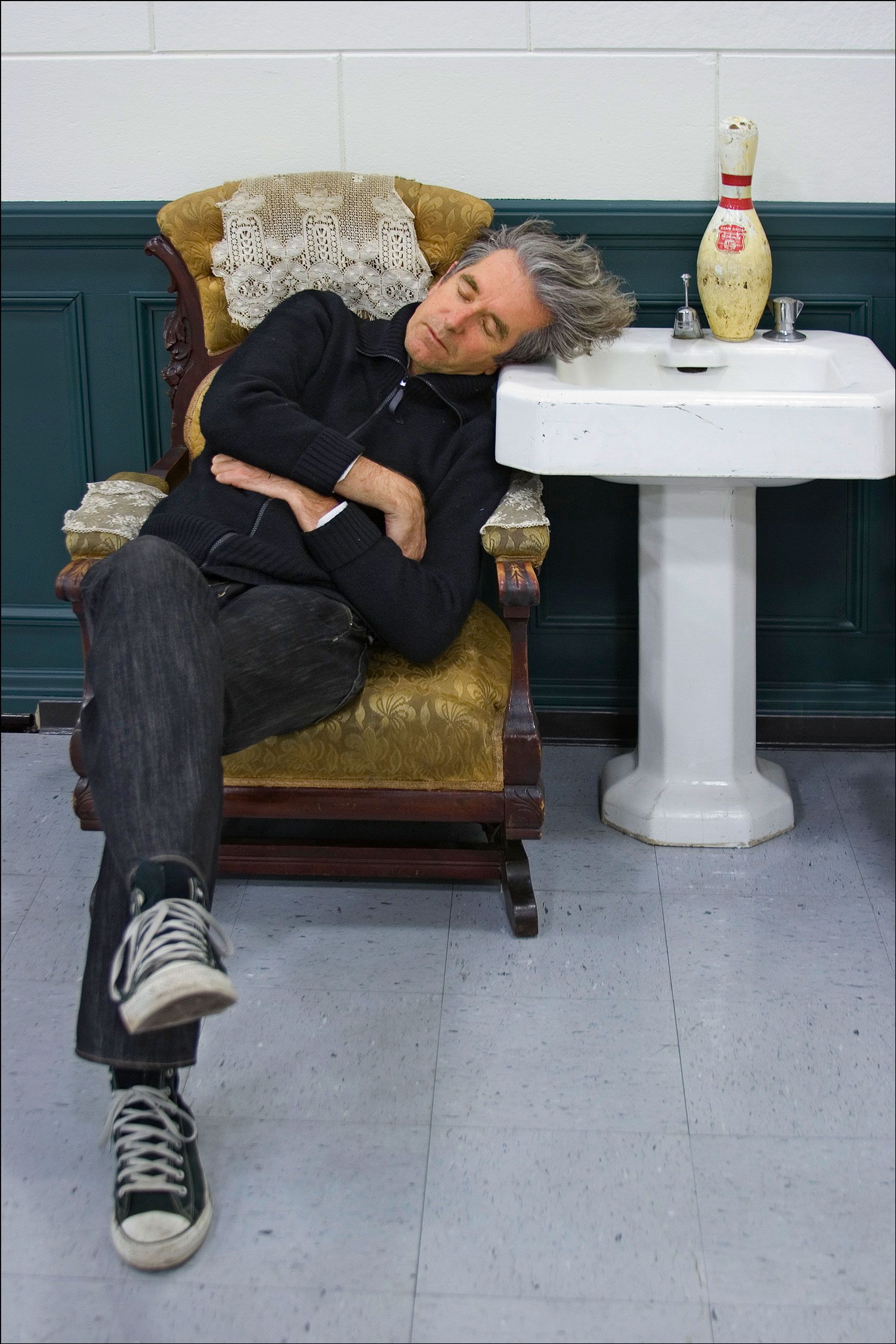 Acquired during the bitter cold December of 2005 in New York. How did it come into my possession? I took it. Significance? I was in NY directing APPARITION by Anne Washburn at the Connelly Theatre in the East Village. It was cold. On opening night (I don't watch opening nights) I was listening and wandering backstage. Under the stage of the Connelly is a small bowling alley. I had no idea it was there. It was warm, the place was festooned with Christmas lights, it was lovely and magical. I took a bowling pin. It was a special show, a special evening. On most shows I have directed since, the pin has been hidden somewhere either on the set or below the set.

It's my guardian of the stage.