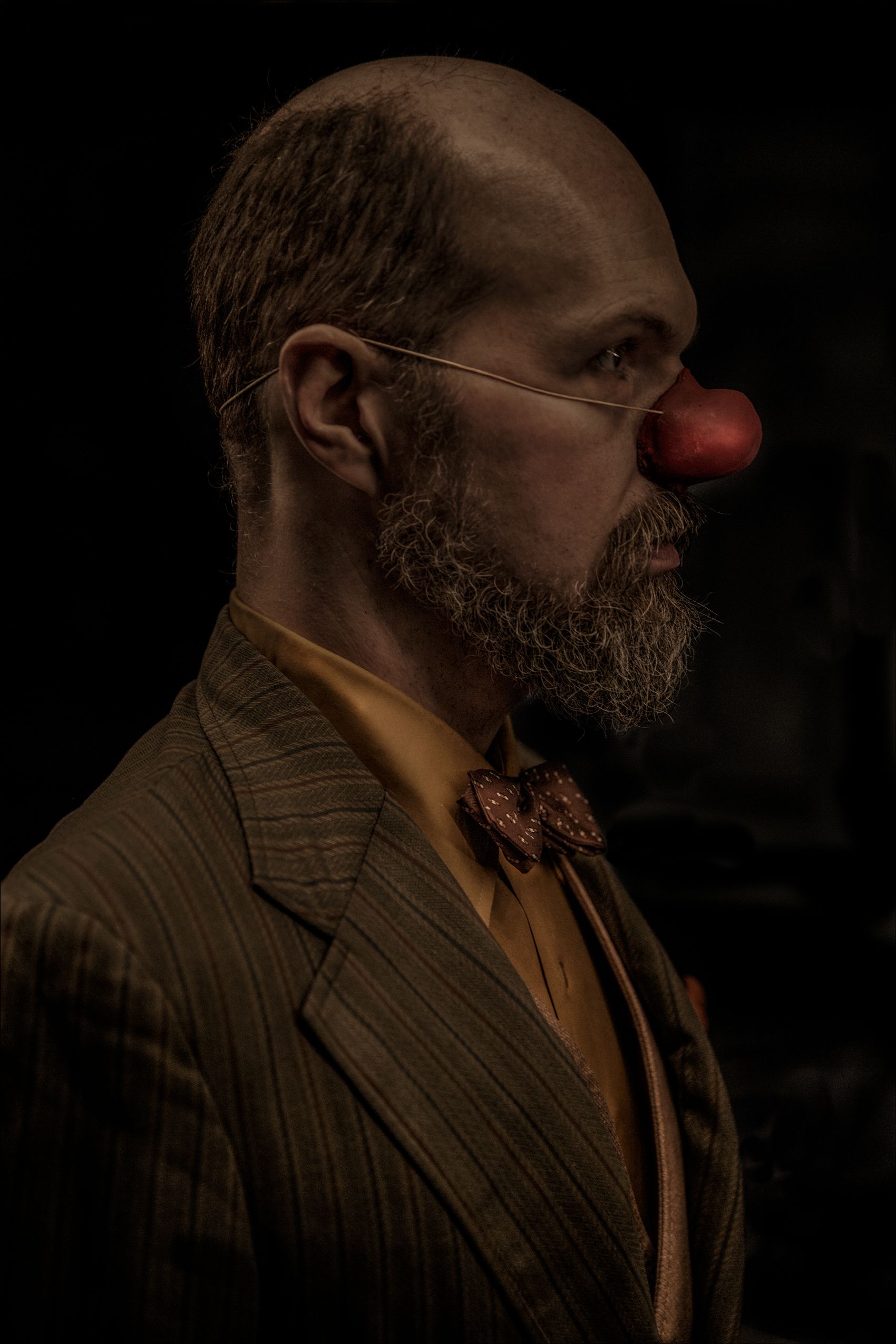 This baby has some miles on it. It was designed by friend and Dell’arte classmate Daniel Fernandez. I made this cast of it myself out of latex and paint. I’ve had this design since 2001 and this particular nose since about 2005. I need a new one: the edges are stained with spirit gum and the inside smells of latex and sweat and failure and panic. Or that may be the reason I should never get a new one but keep this one forever. (New elastic, though. No room for sentiment there.) A weirdo named Ronlin Foreman whom I love like family suggested this particular nose for my face thirteen years ago and I’d love to spend more time in it; I’ve been doing other things lately. Other days, it feels like I’ve been wearing it nonstop for decades.

What a misshapen little blob this thing is when it’s not on a face. And what weird little textures are in it up close – from a few feet away, it’s so uniform and shiny. And I have facial hair right now that I have to keep for a show. It feels so absolutely unnatural to have this nose on with a beard and moustache. It’s the old thing about used car salesmen and bankers where they tell them not tonnage hairy faces lest people think they’re hiding something. But it could also be that I so associate this nose with sweat that the idea of combining it with facial hair is palpably uncomfortable.

I’ve found it’s dangerous when someone asks your profession to say out loud “I do physical comedy” or include “Sometimes I work in the style of Clown.” The Universe has a way of eavesdropping, saying, “Oh, do you?” and spending the next few days tangling your yarn and putting loose thresholds in front of your shoes. Uppercutting you with the trunk of your own car. That sort of thing. It’s best written off as Professional Development.