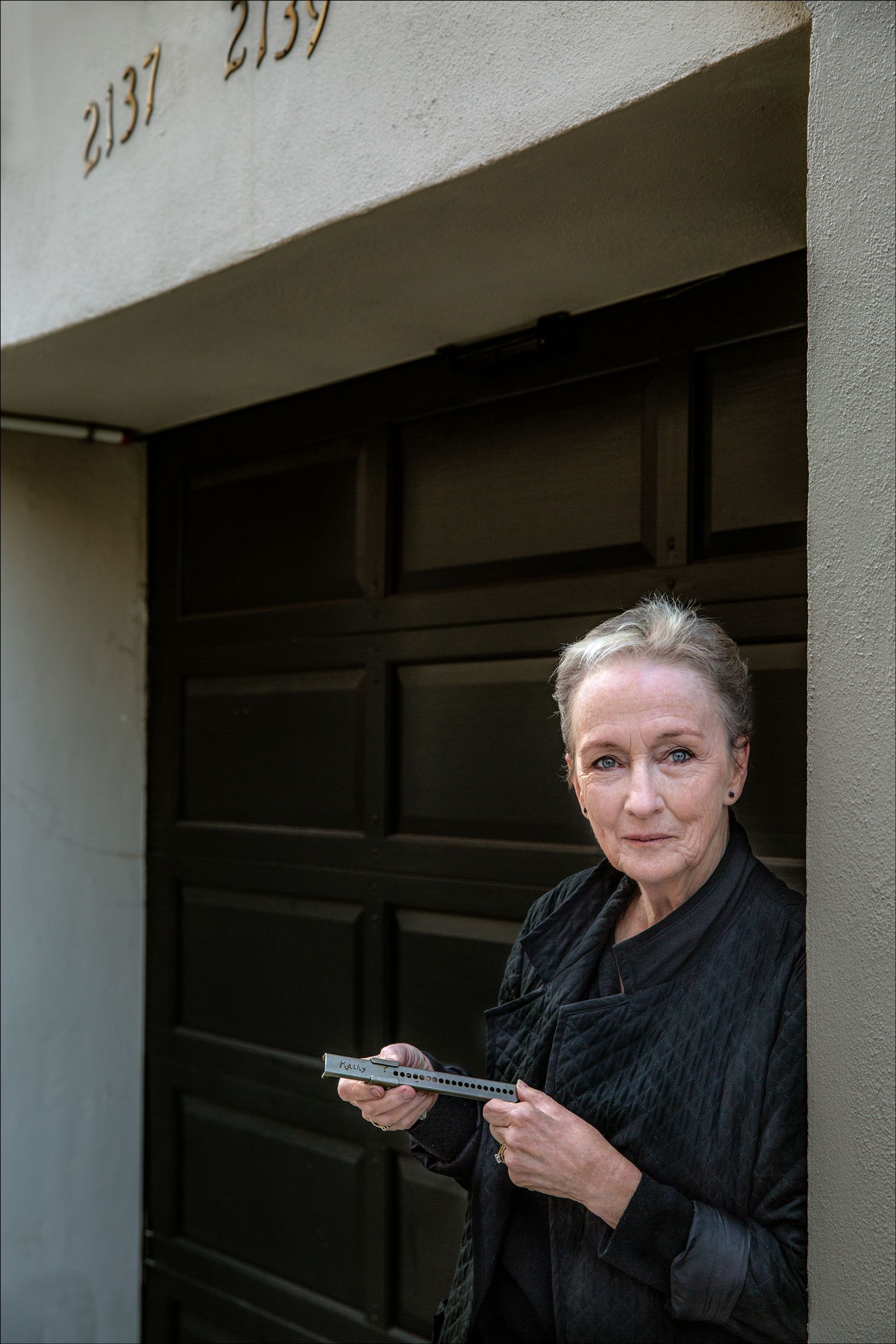 Location: House where my Mother and Grandmother ran a boarding house during World War 2. This was the house I was brought home to after I was born.

My father made, inscribed and gave this can opener to me when I moved into my first post college apartment. This object represents for me my father's desire that I should be an independent person. It also reminds me every time I use it of my father because it is immensely useful, more than a little quirky, and he has written my name on it in his very very beautiful script. I have taken it with me everywhere in the more than 50 years since he gave it to me and in a real way it represents home and oddly security as well as the independence he hoped I would find. My father died the year I was 40 so he didn't live to see what became of my career in the theatre or the happiness I've found as a mother and grandmother. I love having this constant reminder of him in all my many kitchens and in a way it is as though he is here seeing what goes on.