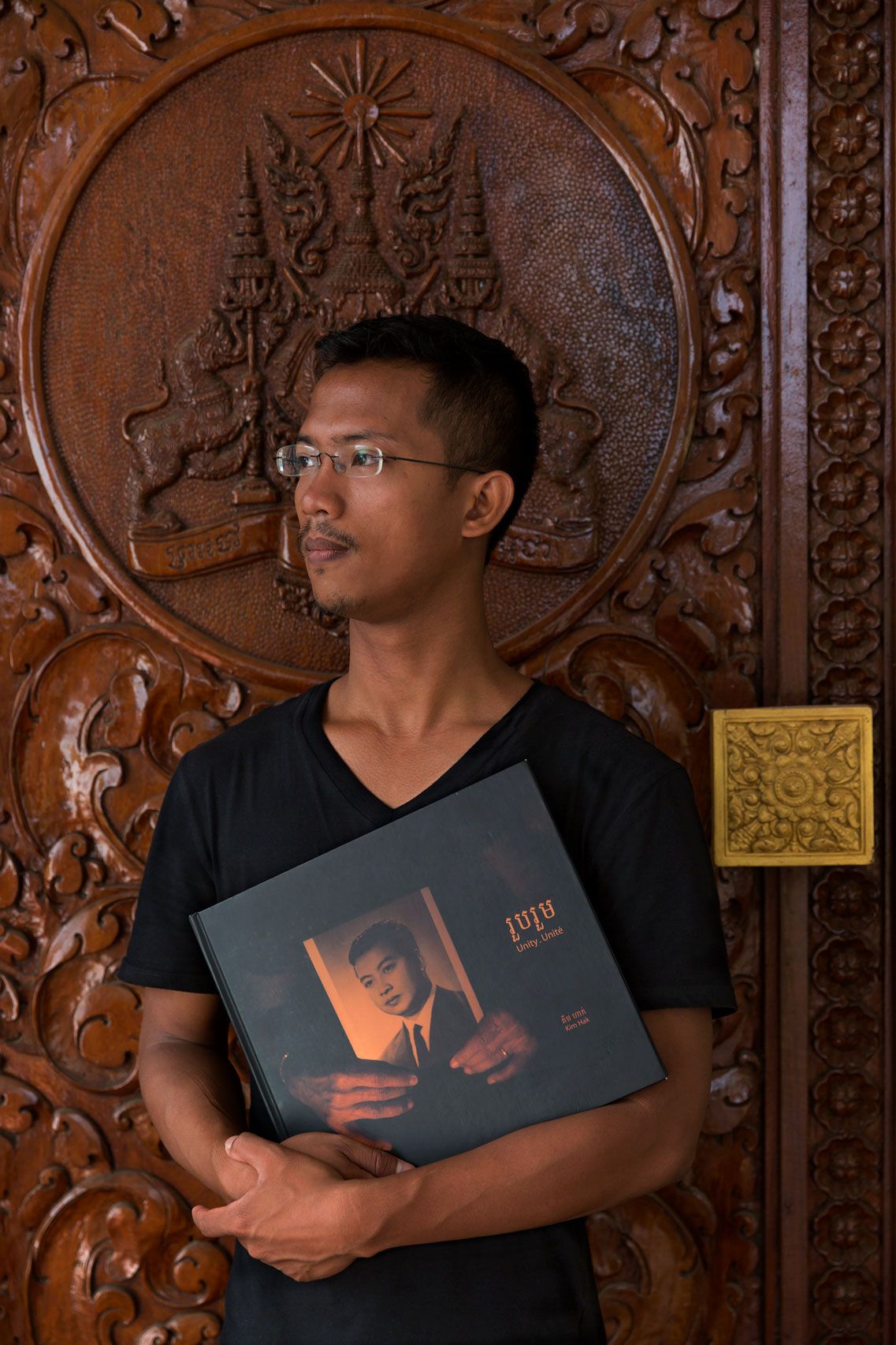 Location: The front of Royal Palace and Cremation Pavilion in Phnom Penh

I quit my job to make this book. It is in honor of the Old Former Cambodian King who died Oct 15, 2012 at age 90. His name was King father Norodom SihanoukIn. “Unity” shows the three month period of mourning and respect for the king. I wanted to make a historical book about this important event. I took pictures for three months. Then it took me nine months to edit and write my book. I loved this king. He was one of the key people for Cambodia and made a golden age for his people in the 1960's. It was Unity. Millions of people came to pay their respects to him. Many people helped me make my book, such as a friend who is a book designer, many others helped me choose the photos by voting which ones to include. They helped by buying the book and donating money, just as I gave my own money to make it.

Next I want to make photographs about all of Cambodia. Outsiders only know Angor Wat and the Khmer Rouge but Cambodia is more than that. It is rapidly changing and before the old Cambodia is gone I want to travel around to all parts and photograph it. It is being developed without plans. Unity is my first book. It taught me a lot. I am happy to give my people their history.