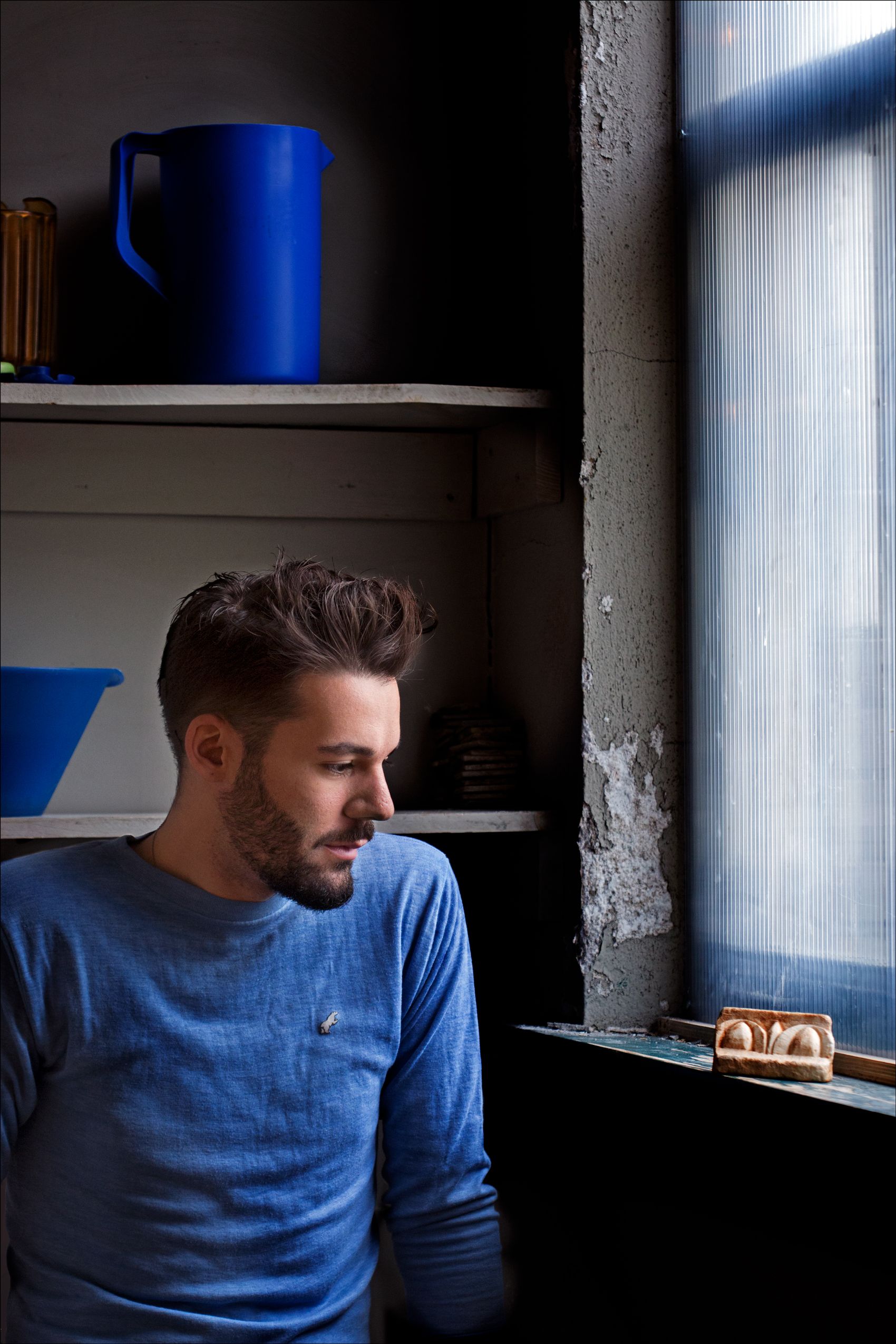 Object: Brick from the ruins of Subratha

In the summer of 2006, I travelled with my father to his birthplace, Subratha, Libya. My father emigrated to the United States in the late 1970’s and shortly thereafter economic ties between the US and Libya were severed and travel between the two nations was barred. For many years my father was separated from his family, but in that time he created a new one, marrying my mother, an American woman from Western New York, and together they gave life to three American children. Having my father’s heritage isolated from us caused a certain amount of ethnic, racial, and cultural confusion for me and my siblings, and for a long time we disregarded it altogether.

Eventually the sanctions were released and travel from the US to Libya was once again permitted. My father and I travelled together for several weeks and I encountered a family and a culture of which I knew very little. In that summer, truly for the first time, I began to acknowledge an entire half of my identity that previously I had ignored. I took day trips to the capitol, to the sea, to small villages, to fishing islands, to cafes, to lounges, to museums honoring the revolution, and on one particular occasion, to a site of Roman ruins just a few miles from the home where my father lived as a child. It was thrilling to feel so deeply tied to the history of the western world, and to share this experience with a family that before had only existed in the theoretical. I found this brick in a pile of rubble, stuffed it into my camera case where it stayed until I smuggled it into the US as the ultimate souvenir.

Shortly after returning, my father announced to my siblings and me that he was leaving my mother after nearly thirty years of marriage. In the few weeks we stayed in Subratha, plans had developed to persuade my father to remarry in a union arranged by paternal grandparents. My father agreed, and within a year and a half he was remarried to a Libyan woman just a few years older than his eldest daughter.