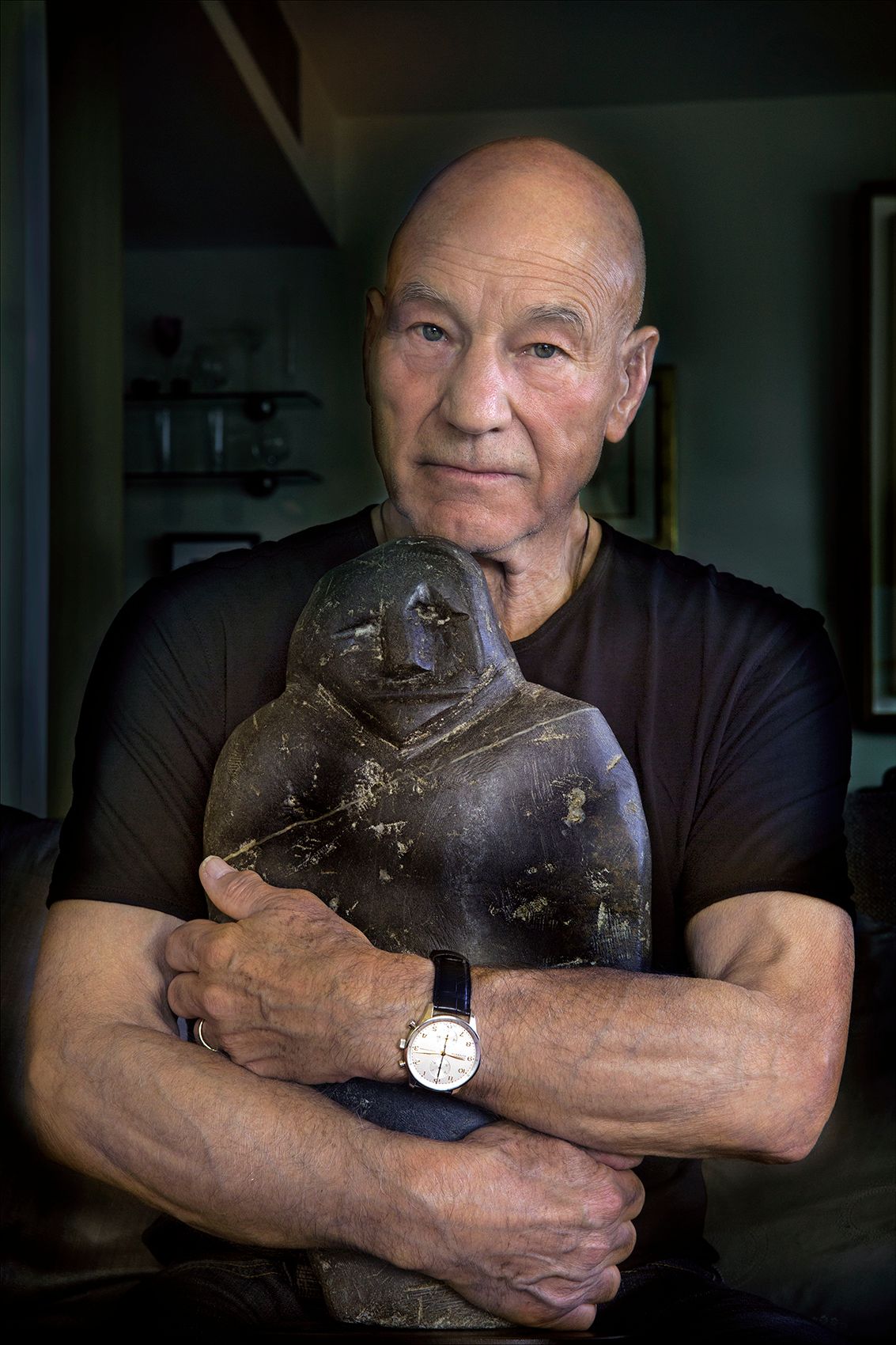 I am Patrick Stewart, an actor and 73 years of age. My object is in the bedroom of my flat in London, England which is where the photo shoot took place.

My object is an Inuit carving in soapstone by John Kavik, called Standing Man. It was the first Inuit work of my collection. I walked into a Inuit and Pacific Northwest First Nations gallery in Vancouver. The figure was on a plinth facing the front door and was the first thing I saw. I was immediately startled by the strangeness of the figure, the lack of precise form and crude facial carving. I walked about and looked at other carvings and drawings but kept returning to this severe, somewhat hostile looking carving but each time I returned the face seemed to have changed. It became a little kinder, though still stern. At one look I thought I saw a smile and a more benevolent look. I was fascinated and enquired about the artist. I learned he was very elderly carver from Baker Lake who only began carving when he was old. I was told he was 'Important' and that his work was in many distinguished collections. When I enquired the price I was somewhat shocked to find that it was quite a lot more than I had expected. Nevertheless I simply had to have it. and it was shipped to my home in Los Angeles, where it stood on a chest in my bedroom. I have owned Standing Man for almost 25 years and he has always resided in my bedroom - in Silverlake, in Westwood and in Pacific Palisades; briefly in New York and now in London. I am not religious and it is easy to become mawkish about such pieces but I feel he stands guard over me when I sleep. His is often the last face I see at night and the first I saw in the morning. Inuit carving must be handled but Standing Man is too heavy to carry about so I stroke his head and arms. The stone grows warm and glows a little from the oil on ones skin. I hope I will see his face before I close my eyes for the last time.